Is There Actually a Food that Only Has 2 Letters? 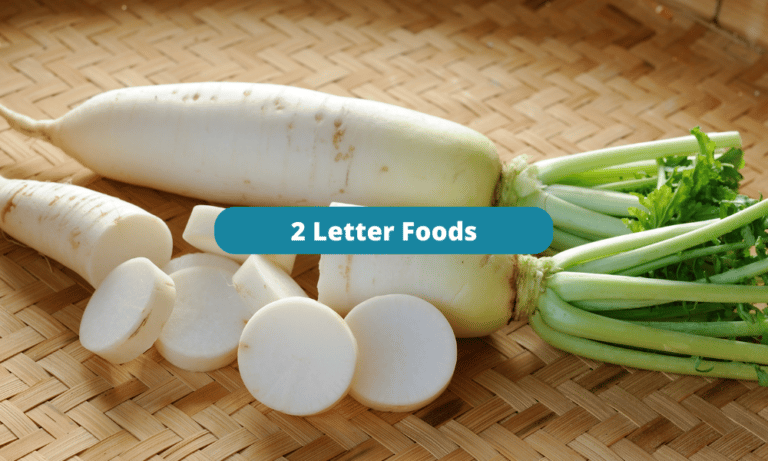 You can probably name foods with 3, 4 or 5 letters off the top of your head without really thinking too hard about it. But what about 2 letter foods? Do they even exist?

As you can imagine, discovering foods with just 2 letters is a challenge… A challenge that’s nearly impossible to complete. Fortunately, we have found one food item to fit the brief, but we have had to look to all corners of the globe to find it.

Mu, or Korean radish, is similar to daikon or mooli. It is predominantly white, often with pale green tops. Mu is actually the Korean word for radish but, it is commonly used to refer to this particular type of radish, especially outside Korea.

Mu is far harder to get hold of in the Western world so it can be substituted for daikon. They have a similar texture and subtle peppery flavour. The main difference is their appearance. Daikon will be long and slender whereas mu tends to be dumpier.

Looking for Other Lengths?

We’ve got lists of foods for a range of word lengths that you might be interested in: