Why Is My Rajma Bitter?

Rajma Should Not Be Bitter... So Why Is Yours? 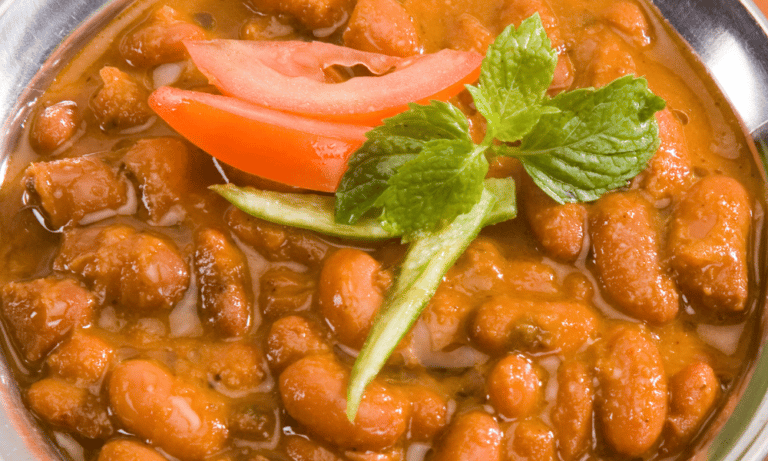 There is nothing worse than making your favourite comfort meal after a long week only for it to taste bitter and gross – an awful end to an awful week. Rajma may not be the most extravagant North Indian curried dish, but it is held in high regard in Indian cuisine.

Though rajma is relatively simple to make, there are plenty of ways in which its flavour could be ruined during its cooking process. The most common issue is one of bitterness.

Your rajma likely has a bitter taste simply because you failed to prep and cook the primary ingredient for long enough. Red kidney beans are terribly bitter when raw and can affect the whole dish if they are undercooked.

How Long Do Red Kidney Beans Take To Cook?

As rajma needs time to simmer and develop its deep flavour, it is easy to rush ahead on essential steps to give the dish that extra 5 or 10 minutes to cook. However, there can be no rajma dish without red kidney beans.

After all, rajma does mean red kidney bean.

When red kidney beans are soaked for 8 to 12 hours, they soak up the water and become much softer. This softness turns into a creaminess when the beans are left to cook.

Their natural bitterness becomes more diluted so there is less chance of making your rajma taste gross, though they still need to be simmered for at least 1 hour to develop their creamy texture.

How to Fix Bitter Rajma

It is always important to taste test your food as you cook it to ensure that nothing is amiss or wrong with your flavours. A quick taste test is just as vital in cooking rajma, as its flavour develops and becomes more intense the longer it is allowed to simmer.

The sooner you discover a bitter taste in your rajma, the easier it will be to fix the issue.

A slightly bitter rajma is not the end of the world, as bitter ingredients such as onion tend to turn sweeter as they cook.

However, if after simmering, you find your rajma to have a noticeably bitter taste still, here are a few ingredients you can add to offset the bitterness without ruining your dish:

So long as you use neutrally flavoured yoghurt, the natural tanginess can help offset bitter flavours. Though yoghurt is not usually used in rajma, its thick and creamy texture will pair perfectly well with red kidney beans.

Remember that if you add yoghurt to your rajma, take your pan off the heat before adding the yoghurt.

Trying to add it while your rajma is still being heated will make the yoghurt curdle and split. Or, in some cases, make the yoghurt turn bitter, completely ruining its purpose in your dish.

Some rajma recipes already include cream to give the rajma sauce a more comforting texture, similar to other curried dishes. But when you find your rajma to be too bitter, you can add some more cream to mask the bitterness in a similar way to yoghurt.

Once again, like yoghurt, you should only add cream to your rajma once it has been taken off of the heat. Otherwise, it is likely to split and make your dish taste worse.

Rajma does not typically include sweet ingredients but a drizzle of honey or a teaspoon of sugar will do wonders for your dish without changing its desired flavour completely.

Is My Rajma Bitter Because It Is Burnt?

If your rajma has developed a bitter taste but your red kidney beans have been soaked for hours and cooked accordingly, the bitterness may not be because of the kidney beans.

The unpleasant taste could simply be because you have burnt your rajma.

It is pretty hard to burn rajma once you get to the simmering stage of the recipe, as there is not really enough heat to burn the dish. Burning is far more likely to occur as you construct the rajma.

Like any good Indian dish, rajma begins with a base of sauteed garlic, onion and tomato. Allowing any of these aromatics to burn will make them bitter, affecting your whole rajma before you even begin making it. You can tell if any of your aromatics are burnt if they begin to shrivel up and lose their colour.

Another contributor to a bitter rajma could be burnt spices. Spices do not have moisture like fresh herbs do, so as soon as they hit hot oil, they are going to burn from the intense heat.

Frying your spices in hot oil can help to pull forth their flavour and make your rajma more intense. But allowing the spices to burn will make them bitter, completely overshadowing their wonderful array of flavours.

Most spices are naturally dark in colour anyway so you will have to rely on your sense of smell to tell when they start to burn. You will know when your spices burn as they will release an unpleasant burnt smell instantly.

If you still have questions about fixing your bitter rajma, then have a look over these FAQs:

Why Is My Rajma Bland?

If you haven’t cooked the garlic, onion and ginger pastes for long enough to release their natural sweetness then you’ll have a rajma lacking in flavour. Similarly, if you do not toast your spices for long enough it will be bland.

How to Microwave Naan Bread

How to Freeze Curry Leaves