How to Reheat Hash Browns 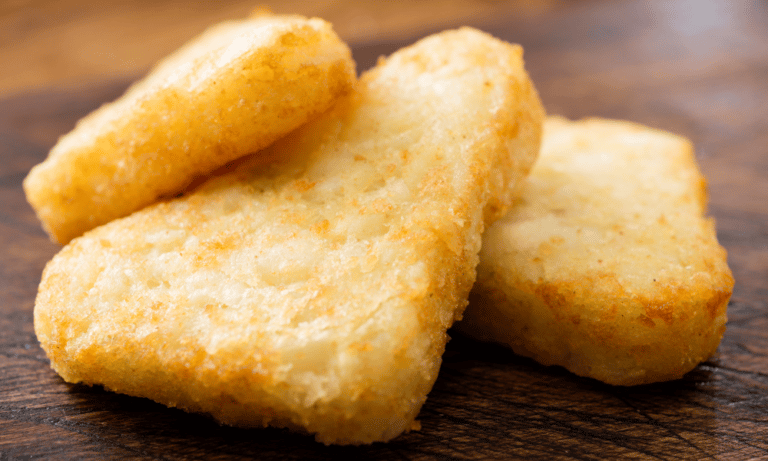 Hash browns have been dubbed a breakfast food, but their potato-ey goodness can be enjoyed as a quick snack or a filling lunch. Hash browns frozen or left in your fridge overnight tend to lose that crispy and fluffy texture that makes hash browns so moreish.

So, is there a way you can recreate that delicious texture? And is it worth saving your spare hash browns to reheat at a later date?

How to Reheat Hash Browns

Everyone knows that the best hash browns are those that give the most satisfying crunch.

Most people tend to run to the microwave to try and reheat their hash browns. However, you will end up with a soggy and unsatisfying snack.

Here are a couple of simple but effective ways to reheat hash browns to get them crispy and delicious once more:

How to Reheat Hash Browns in the Oven

For those times when you just want to heat up a quick snack or meal while you get on with another task, reheating hash browns in the oven is the perfect option and is very simple too:

How to Reheat Hash Browns in the Toaster

The last thing you want to do on a busy or hot day is turn your oven on. Hash browns can be a lazy, go-to lunch or snack when reheated in the toaster and require no effort:

Keep in mind that this method will work best if you are reheating frozen hash browns as they will not fall apart as quickly:

Can You Reheat Hash Browns in an Air Fryer?

Yes, you can reheat hash browns in an air fryer. Preheat to 370F or 190C, then air fry the hash browns for around 4 minutes until hot.

Can You Reheat Hash Browns in the Microwave?

How to Reheat Hash Browns Successfully

It is pretty hard to mess up reheating hash browns as all you are doing is heating them until they are crispy again.

Still, here are some tips on how you can reheat your hash browns so they taste as fresh as if you had made them from scratch:

Is It Safe to Reheat Hash Browns?

Yes, hash browns are safe to reheat. They do not include any meat or delicate foods, so as long as you only reheat hash browns that have been refrigerated or frozen, you can reheat them up to 4 days later.

Do you still have a question or two about reheating hash browns? Perhaps these will help you out:

How Do You Defrost Hash Browns?

You can thaw frozen hash browns in the fridge overnight or place them onto a plate at room temperature where they should defrost within the hour.

How Long Do Cooked Hash Browns Last in the Fridge?

Once cooked, hash browns will keep in the fridge for around 4 days. They should be kept in an airtight container or on a plate wrapped in cling film.

Do You Need Oil to Cook Bacon?

How to Steam Mushrooms