How to Microwave Crumpets 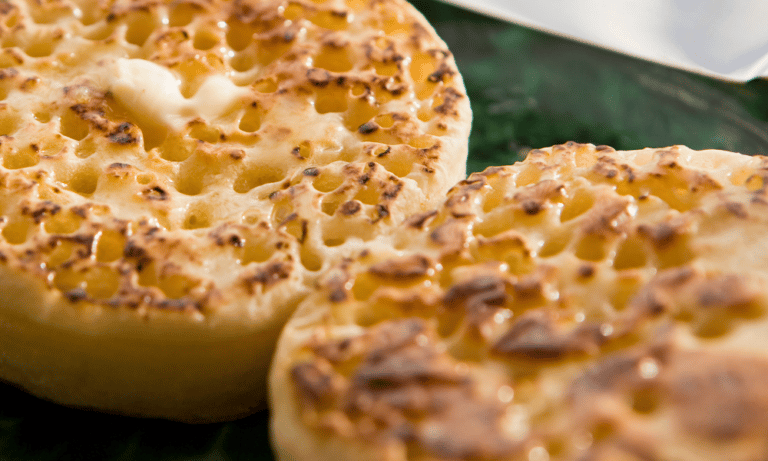 Crumpets are everyone’s favourite comfort food. Whether slathered in butter or with a sweet treat like jam, there is no doubt about it they are better toasted and warm! They are quick to toast in a toaster but are there other methods too? Can you microwave crumpets?

To microwave crumpets, pop them onto a plate and microwave for around 30 seconds. You’ll want to turn the crumpets over midway through.

How to Microwave Crumpets

If you mention microwaving crumpets to anyone, you will likely find there is a lot of debate about whether or not this is an appropriate method. One thing is for sure, your crumpets are likely to taste much better if you toast or grill them.

However, if you only want them slightly warmed through or are in a hurry but still want hot crumpets as a snack, then a microwave is a method you can still use.

How to Microwave Crumpets Successfully

To have complete success when microwaving crumpets, it’s a good idea to follow these 3 tips:

Why You Should Microwave Crumpets

There are some obvious benefits to using a microwave:

A significant advantage of microwaved crumpets is the speed it takes.

You can have warmed crumpets in less than a minute! Perfect for spreading with butter that melts beautifully into the crumpets.

If you want warm but soft crumpets, then microwaving them can achieve this better than toasting! You don’t get that crispy exterior you would if they were in a toaster. Perfect for soft crumpets that are easy to chew on.

Why You Shouldn’t Microwave Crumpets

Unfortunately, there are some obvious drawbacks to using a microwave to heat up crumpets:

Most people want their crumpets toasted to perfection; you just can‘t achieve this in the microwave. You can get warmed crumpets, but they will never be the same as toasted crumpets.

It is easy to overcook your crumpets in the microwave and turn them rubbery and difficult to eat. As long as you watch them carefully and only heat them in short bursts, you should be fine and avoid this.

If you still have questions about microwaving crumpets, then these might help:

Can You Defrost Crumpets in the Microwave?

You can thaw crumpets out in the microwave. To do this, switch your microwave to a defrost setting and put the crumpets on a plate. Turn the power on for ten to twenty seconds and then check the crumpets.

How Do You Toast a Crumpet Without a Toaster?

The best way to toast a crumpet without a toaster is to use the grill. Place the crumpets onto a baking tray and then pop the tray under a grill for around 3 minutes until the crumpet is golden brown. 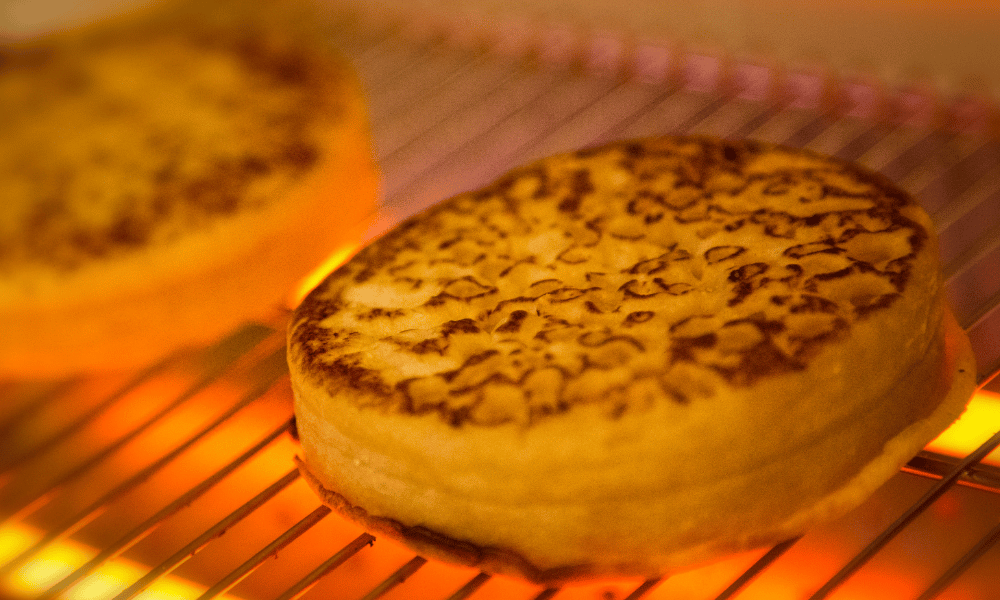 Can You Heat Crumpets in the Oven?

You can heat crumpets in the oven, but you’re best using the grill. This is because you need instant, direct heat to warm it quickly. The oven may dry them out instead.

Do Crumpets Need to be Toasted?

Although crumpets are likely to be safe to eat without toasting them, toasting will enhance the texture and flavour so it’s well worth doing.

Can You Put Crumpets in a Toaster?

Yes, of course! Just pop them into the toaster on a medium setting and wait for them to pop up. They’ll be perfectly toasted – of course, depending on how well done you like your crumpets!

Ross is a freelance writer with a passion for delicious food and drinks, having worked in the hospitality industry in the past. He began working with Let’s Foodie when it first launched to provide information on how to reheat, freeze and microwave different foods.

How to Reheat Fish and Chips

How to Reheat Custard

How to Steam Mushrooms