How to Microwave Black Pudding

Discover How to Microwave Black Pudding and Whether You Should 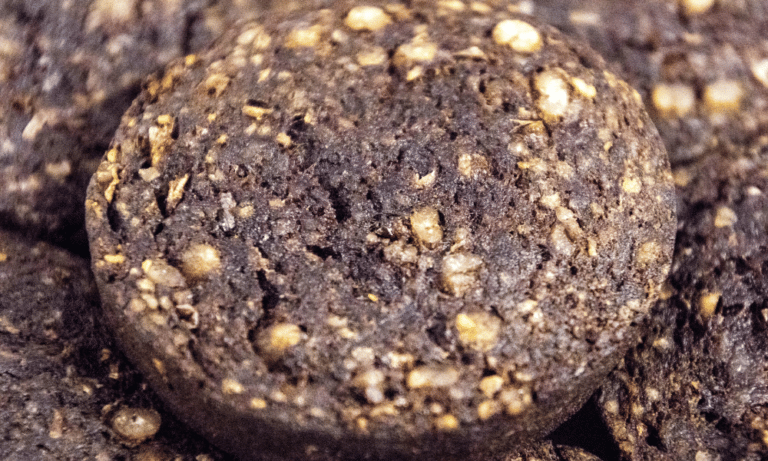 We won’t tell you what black pudding consists of. You either know already, don’t care, or don’t want to know! In spite of its composition, black pudding is a popular breakfast option and is a feature on many English (and Scottish) cooked breakfasts.

Although it’s most commonly cooked in a frying pan, on the grill, or in the oven, here’s how to microwave black pudding instead.

To microwave black pudding, place it on a microwave-safe plate and microwave for between 30 and 60 seconds until it is warmed through.

How to Microwave Black Pudding

It’s fair to describe black pudding as divisive! Some love it; others hate it.

But as a popular breakfast option, you’ll be pleased to hear you can microwave it in a matter of minutes, saving you the time and hassle of preparing it on the stovetop or in the oven.

Here’s how to go about it:

How to Microwave Black Pudding Successfully

Although microwaving black pudding is pretty easy, here are three tips to keep you on the straight and narrow:

Why You Should Microwave Black Pudding

Although microwaving black pudding isn’t the best idea, there are a couple of benefits in doing so:

Cooking black pudding should take no more than 90 seconds on full power. Therefore, if you’ve forgotten to cook it at the same time as your other breakfast ingredients, you can fire it in the microwave and cook it quickly.

This tends to be one of the reasons to microwave any food ingredients – it saves on a lot of the clearing up.

Why You Shouldn’t Microwave Black Pudding

However, it’s really not all good news and if you’re a fan of black pudding then it might be worth steering clear of the microwave:

Most people love black pudding that is crispy on the outside and soft on the inside. Microwaved black pudding tends to be soft all over and isn’t overly exciting!

This is why most people choose to cook it in a frying pan or under a grill. The resulting black pudding is crispy on the outside by still soft in the centre.

If you leave your black pudding in the microwave for too long, it will spoil and dry out. It should take no more than ninety seconds, but you should check it after a minute to check its doneness.

We’ve covered the basics on how to go about microwaving black pudding above, but if you still have questions then the below may help you out:

Can You Microwave White Pudding?

Yes, like black pudding, white pudding can be microwaved but the same issues will occur with the texture. The best way to cook white pudding is in a frying pan or under the grill.

What is the Best Way to Cook Black Pudding?

If you want black pudding with a crispy exterior and soft inside then the best way to cook it is in a hot pan with a drop of oil. Of course, this isn’t the healthiest but it sure is the tastiest way to cook it. Bury Black Pudding have a full guide on cooking it here.

Generally, black pudding is cooked when you buy it. It is usually simmered in a pot of water. However, it won’t have the most pleasant texture when not cooked so it’s still worth cooking it at home once you’ve sliced it.

Can You Reheat Black Pudding in the Microwave?

Yes, you can reheat black pudding in the microwave, but you need to be really careful not to dry it out. Begin by placing your black pudding on a microwave-safe plate and cover it with film. Reheat your black pudding for thirty seconds at a time, checking its doneness each time. When piping hot, it will be ready to serve.

How to Reheat Custard