Can You Cook With Prosecco Instead of White Wine?

Need White Wine But Only Have Prosecco? 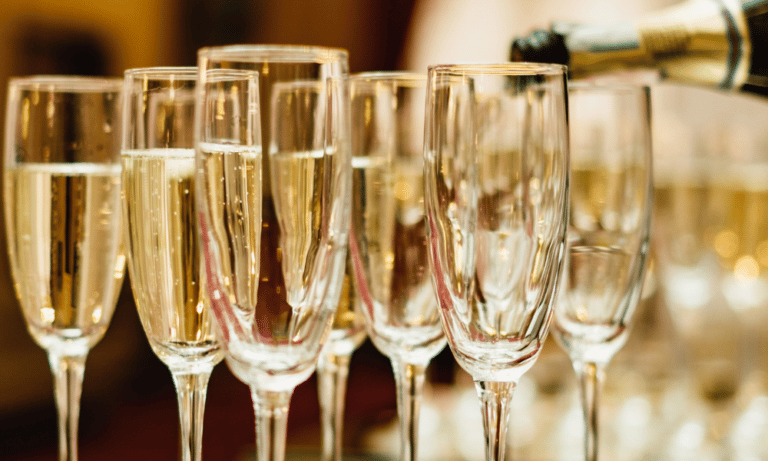 Have you decided to cook up a meal that requires white wine, only to find you’re limited to prosecco in the fridge? Perhaps you need to ask, can you cook with prosecco instead of white wine?

Yes, you can cook with prosecco in place of white wine. You can use the exact same quantities and it will add flavour to your cook – don’t worry, it won’t add bubbles!

When it comes to using prosecco in your cooking, you have a number of options:

You can put it into pans to deglaze them and then add flavour to sauces. You can use it to poach a variety of fruits. You can steam shellfish with it. You can add it to risottos and pasta sauces for some acidity.

What Dishes Can You Use Prosecco In?

In general, if a dish uses white wine then you can replace it with prosecco. You just need to replace the white wine with an equal quantity of prosecco. A few options you have for using prosecco include:

Can You Poach Pears in Prosecco?

Yes, you can poach pears in pretty much any liquid, including prosecco. Bring half a bottle of prosecco to a boil with some aromatics, drop the pears in, reduce the heat and simmer for around 40 minutes until soft.

Can You Cook With Other Sparkling Wine?

Yes, you can use other sparkling wines in your cooking. Of course, you may want to steer clear of using a pricey bottle of Champagne in a stew, where the flavour is not going to be appreciated.

All sparkling wines will have their own flavour profiles which you should consider before using them in your cooking. A fruity and sweet sparkling wine is unlikely to work in a slow-cooked meat dish, where a dry sparkling wine may work better, but would work well for poaching fruit.

Are Champagne, Prosecco and Cava the Same?

Although Champagne, prosecco and cava are all sparkling wines, the way they are produced differs and they are, essentially, different drinks. Prosecco is not fermented in the bottle as Champagne is, for example.

If you’ve still got questions about cooking with prosecco then these FAQs might have you covered:

Can You Cook With Flat Prosecco?

If you’ve had a bottle of prosecco open for a few days then it may have gone flat. But can you use it in your cooking? Yes, you can! However, the flavour will also degrade when the bottle is open so it’s unlikely to add much flavour to your cooking.

Can You Deglaze Pans with Prosecco?

Yes, you can use any acidic liquid to deglaze pans. Vinegar or wine are often used for doing so but prosecco will work just as well.

Can You Use Champagne Instead of White Wine in Cooking?

Yes, you can. Champagne will add a slightly different flavour than white wine but it can be used in place of white wine. It would, of course, be quite an expensive substitution to use, however.