Zeppole vs Beignet: What’s the Difference?

We Reveal the Similarities and Differences Between Zeppole and Beignet 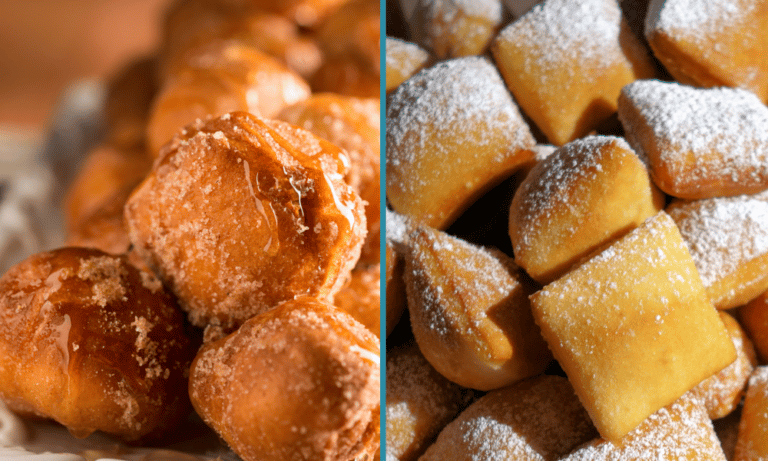 Every cuisine in the world has its favourite interpretation of fried dough. Such a variety means it can be difficult to distinguish or identify one sweet dough treat from the next. But that doesn’t mean that all fried dough is the same. How similar are zeppole and beignet?

The most significant difference between zeppole and beignet is how the dough is shaped. At least, that is the case for traditional beignets. New Orleans beignets are made using a yeasted dough whole zeppole uses a choux pastry.

Zeppole are an Italian take on a typical doughnut. Though they more resemble leftover doughnut bites than regular doughnuts.

The fried sweet treat is associated with St Joseph’s Day, celebrated as Father’s Day in Italy.

However, zeppole can also be served at various carnivals and events, similar to how mini-doughnuts are sold in the UK, completed with a paper bag and a heavy sprinkling of powdered sugar.

Traditional zeppole is made into bite-sized, round balls and does not require any kind of yeast. Instead, choux pastry dough is puffed up when fried in oil to make perfectly fluffy, slightly sweet zeppole.

What is the Best Way to Cook Zeppole?

A deep fat fryer or a large pot of boiling oil is the best way to ensure a crunchy outer but fluffy centre for your zeppoles. They take a lot of oil to make, though, which is why most people enjoy them as a special treat. 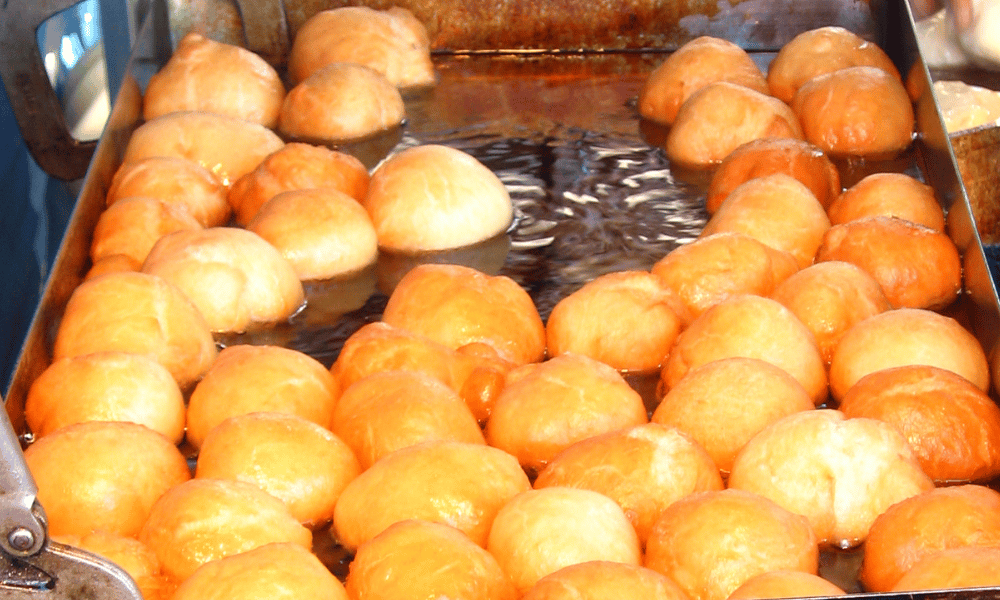 What many people may not know about beignet is that the sweet treat actually originated in France though invented in ancient Rome. However, a more popular New Orleans interpretation of the beignet is what most Westerners are familiar with.

The original French beignet is made from choux pastry shaped into rectangles or squares and enjoyed all year round.

France has at least 20 different types of beignets. Each with its variation of flavour, shape and even filling. But traditional beignet is made using regular wheat flour made into a choux pastry and is left unfilled.

What is the Difference Between French and New Orleans Beignets?

The New Orleans interpretation of French beignet uses a yeasted dough instead of choux dough. This gives the fried treats a slightly different, fluffier texture.

Differences Between Zeppole and Beignet

If you have never tried either zeppole or beignet before, the above descriptions may sound very similar. However, there are some noticeable differences between the two treats that can help you to tell them apart:

Similarities Between Zeppole and Beignet

At the end of the day, zeppole and beignet come from the same basic dessert origin, so the two fried treats share plenty of similarities. Such as:

Zeppole vs Beignet: Which Wins?

You’ve got to decide… You can only have one of these fried doughs for the rest of your life, so which are you going to pick? It’s zeppole vs beignet:

Do You Prefer Zeppole or Beignets?

Still got questions about zeppole, beignets and what they share? Then check these FAQs out:

Like doughnuts, you can find beignets with a jam filling but, traditionally, they are kept plain and simply dusted with icing sugar.

How to Reheat Pizza

How to Microwave Pizza