Why Is My Fruit Smoothie Bitter?

Have You Made a Bitter Smoothie? This Might be the Cause! 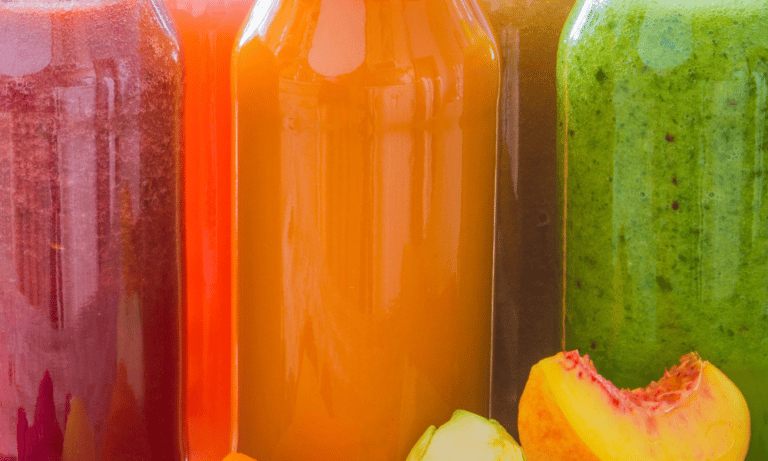 There are so many diet trends that have been and gone over the years, but one that keeps coming back time and time again is fruit smoothies. Some people even enjoy fruit smoothies as a snack replacement for sweet treats, as the natural sugars of the fruit can satisfy that sweet craving.

A bitter fruit smoothie is probably all down to the quality of the fruit you are using. For example, an underripe banana can be the make or break of a banana smoothie, as young bananas have much less sugar.

How To Know When Fruit Is Ripe

Every type of fruit all over the world requires a different amount of growing time depending on the type of fruit it is, the environment it is being grown in, and the taste you want the fruit to have.

As such, there is no one sure way that you can use to test when the fruit is ripe enough not to ruin the taste of your smoothie.

That being said, you can use your senses to do a general check of most fruit which should give you enough indication as to whether they are ripe enough to add sweetness to your fruit smoothie rather than bitterness.

In the case of most fruit, like mango and kiwi, a gentle squeeze of the fruit can tell you how ripe it will be once it is cut into. Sweet fruits get softer as they mature, developing from a hard and bitter pulp into tender and sweet flesh.

Do be aware though that fruit can also be too soft meaning that they have started to turn bad.

Strawberries and other berry-type fruit should still have some firmness to them. If you gently squeeze the fruit and they easily squash into a juicy mess then they are overly ripe which can also result in a bitter fruit smoothie.

You can usually tell if a fruit is ripe simply by looking at it. Unless you are using an exotic fruit you have never used or seen before, you should have a general idea of what an apple, banana or blueberry should look like.

Check the colouring of the fruit.

A fruit that has next to no colour but should be a vibrant hue is likely to be still underripe. Likewise, if a fruit is too green when it is supposed to be red, for example then that too is a sign that it is not yet sweet enough for your smoothie.

Not every fruit will have an aroma until you cut into it, which is hard to do when you are shopping in a supermarket. Though there are some fruits that have a particular smell you can use to check if the fruit is ripe enough to eat.

Mangos, for example, should produce a pungent sweet aroma when they are ripe. The same can be said of other sweeter fruits as well, like peaches and sometimes pineapple.

How To Fix A Bitter Fruit Smoothie

As is the case with most bitter tastes, you can rectify a bitter-tasting fruit smoothie by adding ingredients that balance out that bitterness. This can be done with either a sweetener or some acidity.

You can add some sweetness to your fruit smoothie by using a drizzle of honey or agave, which is a naturally healthier alternative to using plain white sugar.

Or you can add some extra fruit that is higher in sweetness, such as strawberries.

You wouldn’t want to add another whole handful of strawberries if you are making an apple-flavoured smoothie.

Or, if you prefer, you can add some lime or lemon juice which is far more acidic than sweet. The acid will help to neutralize the bitterness without making your smoothie overwhelmingly sweet.

Essentially there are two types of smoothies, fruit smoothies and green smoothies.

Generally, fruit smoothies are sweeter and used as more of a treat, while green smoothies are more used for their health benefits and are not supposed to have a whole load of sweetness. Instead, they can even be savoury.

Green smoothies get their name from their main ingredients: Greens! Spinach, kale, dandelion leaves – they are all crucial ingredients in the green smoothie world. They are both the primary source of nutrients and flavour in the smoothies.

The issue is that most greens used in green smoothies are not exceptionally flavourful. They are bitter and grassy, which is why yoghurt and fruit has to be added to a green smoothie to make it more palatable.

Trying to add greens to a fruit smoothie, no matter how healthy, will ultimately change the smoothie’s flavour for the worse.

It will become too bitter and overpower the sweetness of the fruit used. That is why you should avoid using greens in fruit smoothies.

When making a smoothie, you want to use 3 parts chopped fruit to 2 parts liquid, along with 2 ice cubes and a tablespoon of extras such as honey, chia seeds or chopped nuts. Add it all to a blender and blitz until smooth.

If you still have questions about preventing bitter fruit smoothies, then have a look at these common queries:

Why Is My Smoothie Foamy?

Insoluble fibres in fruit skins and vegetable peels will cause the foam to form. It won’t harm you but can have a slightly bitter tang.

Why Is My Smoothie Separating?

As a smoothie is made up of many different ingredients with different densities, they will separate when left to sit. This is why you’ll often have to shake a bottle of smoothie or juice you buy.