Why Is My Cauliflower Cheese Watery?

Has Your Cauliflower Cheese Come Out Watery? Here's Why! 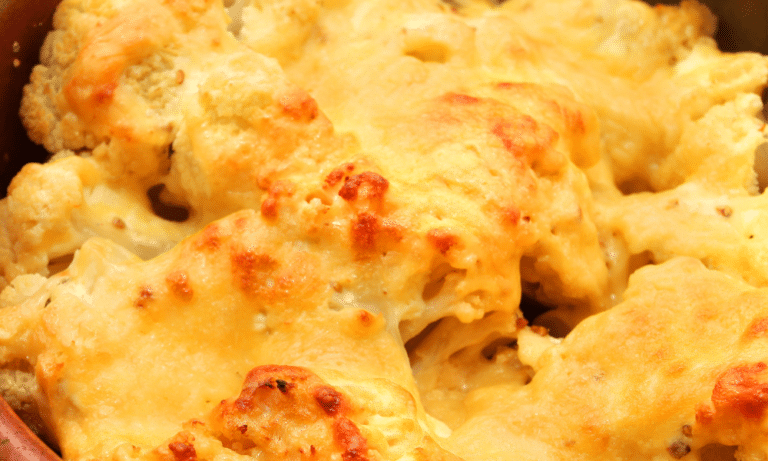 Besides overcooking your cauliflower, there are a few other reasons your cauliflower cheese might be more watery than you expected. Do any of these look like mistakes you may have made along the way?

Why Does My Cauliflower Cheese Sauce Split?

Cheese sauce will appear to split if you leave it over the heat for too long. When you add the cheese, give it a vigorous whisk. When the cheese has melted, remove it from the heat but continue to whisk it. You can often melt the cheese off the heat entirely.

To prevent your cauliflower cheese from going watery in future. Try to stick to these 4 simple tips. Don’t worry, they’re really simple to follow:

One of the best ways to ensure you don’t have watery cauliflower cheese is to follow a reliable recipe. This recipe from BBC Good Food is highly-rated. When it comes to making a good cauliflower cheese, it comes down to the correct ratio and perfect timing.

Can You Make Cauliflower Cheese Without Flour?

Yes, it is possible to make cauliflower cheese without flour. Instead of making a roux which then thickens the sauce, you can use cream instead, which will be naturally thicker. This can help prevent wateriness too!

How to Make Cauliflower Cheese Tasty

When making cauliflower cheese, there’s no need to stick to the basics and not be a little experimental with the flavours. There are plenty of things you can add to your sauce to take it up a level:

You can make cauliflower cheese the day before you want to eat it! Make it as you typically would until you have tipped the cauliflower and cheese sauce into a baking tray. Cover it and keep it in the fridge for 24 hours. When you’re ready, cook it as usual.

If your questions about watery cauliflower cheese haven’t been answered yet then these common FAQs might help you out:

Can You Make Cauliflower Cheese Without Milk?

Why Did My Cauliflower Cheese Curdle?

Yes, you should cook cauliflower a little before mixing it with the cheese sauce. The cauliflower will not cook solely in the sauce. You need to give it a head start by boiling or steaming it.

How to Reheat Chicken Fried Rice

How to Reheat KFC