Why is My Buttercream Grainy?

Are You Plagued with Grainy Buttercream? Here's What Happened and How to Fix It! 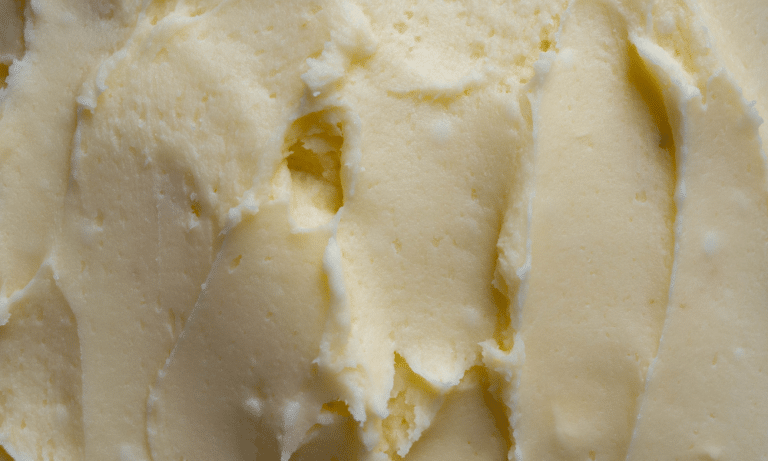 Have you spent a day in the kitchen, baked a cake then knocked together a batch of buttercream only to taste it and find it’s gritty? Then perhaps you need to ask yourself: Why is my buttercream grainy? And how can I fix it?

Your buttercream can become grainy for a number of reasons. You may have undermixed the buttercream and not given it time to emulsify. You may have also tried to mix it at a temperature that is either too hot or too cold.

If you’ve made a batch of buttercream icing but have found the texture grainy or gritty then it’s a good idea to know what has caused that in the first place.

How to Fix Grainy Buttercream

If you have made buttercream that’s grainy then don’t worry, it can be fixed, so don’t throw it out yet. Give these options a quick try:

How to Avoid Grainy Buttercream

If you don’t want to make the same mistake again, follow these 6 tips for making silky smooth, perfect buttercream every time and make sure you have a reliable buttercream recipe you can stick to:

You need to use 1 part softened butter to 2 parts icing sugar. Beat the butter with half the sugar until smooth. Then add the remaining sugar with a splash of milk and a drop of vanilla extract and continue to beat until creamy and smooth.

If you’ve still got more questions about grainy buttercream, then these additional FAQs might help you out:

How Long Should You Beat Buttercream?

As long as you use softened butter, you should only need to mix buttercream for around 4 minutes to get the required consistency and to ensure all the ingredients are well combined. If you find it needs further mixing then do so on a high speed for 30 seconds.

How Do You Fix Runny Buttercream?

A runny buttercream is caused, simply, by too much liquid in your mix. You, therefore, need to add more solids to the mix. Sift in a tablespoon of icing sugar, beat again and repeat if it is still too runny.

Can You Fix Grainy Buttercream?

Of course! A small drop of melted butter into the grainy buttercream can be one of the easiest hacks for fixing grainy and gritty buttercream icing.

Why is My Icing Grainy?

What Cakes Can I Make With Plain Flour?

How Do You Cool a Cake Fast?