Discover What Charnushka are and Where It Can Be Used 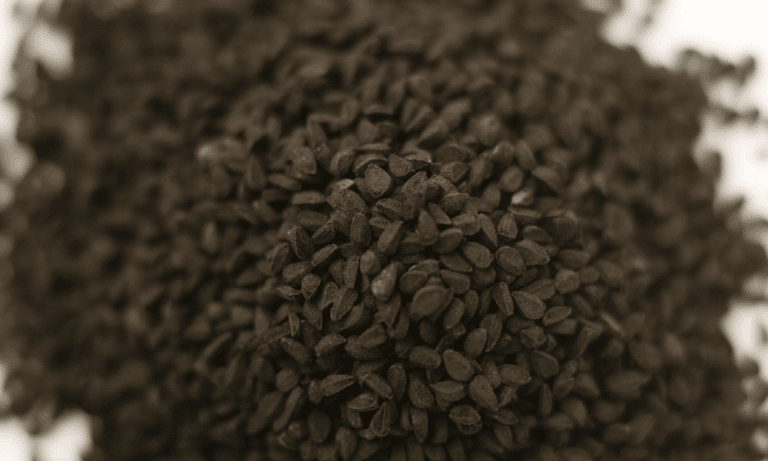 The nigella seed comes from the flowering plant Nigella sativa, which is found in Turkey, Syria, and parts of Iraq.

It may be called black cumin sometimes; however, it’s not related to any of these seeds at all – that is why there may be some confusion among people who learn about this name for the first time!

Although charnushka has various names in different parts of the world and tastes different from cumin seeds and coriander seeds, it still bears a strong resemblance to these spices because of its dark colouration.

Charnushka is a peppery black seed but crossed with some liquorice notes with a relatively strong aroma. It has various flavours, which include being sweet and sharp at times and smokey at others.

Charnushka is interpreted by different taste palettes in different ways, so the different levels of flavours will stand out depending on your own personal taste buds and the dish you are preparing.

A spice like this would be great to have in your kitchen because it brings subtle but unique flavours when used correctly. This spice also may provide health benefits!

How to Use Charnushka

Charnushka is commonly used in Turkish and Syrian dishes, but it can be used more generically than that in your cooking; here are some ways charnuska can be used:

Charnuska can be used to top savoury bread loaves and bakes to create an interesting flavoured bread topping.

When mixed with sea salt, charnushka can offer a very different flavour profile from a seasoning combination.

Charnuska can be combined with other ingredients such as garlic powder, onion powder, thyme, and rosemary to bring a delicious rub to roasted meats, predominantly white meats such as chicken and pork.

Charnushka is one of the spices featured in Panch Phoron, a popular blend used in Indian cuisine that includes other aromatic spices such as mustard, fennel, cumin, and fenugreek.

How to Store Charnushka

Charnushka can be found in three main forms: Fresh, dried and ground. Each will need to be stored in slightly different ways. Here’s how:

Charnushka can be stored at room temperature when fresh and will taste delicious within 7 days of the seeds being harvested.

If the seeds are placed in a dry store this way, they can last up to one week.

The best place to store dried charnushka seeds is in an airtight container with a tight-fitting lid.

If kept under these conditions and away from harsh light and moisture.

Dried charnushka seeds will last anything up to 24 months if stored away from extremes of temperatures and in a dark and cool place, away from other intense aromas.

This is where the dried charnushka seeds have been ground into a powder for use as a spice. If kept away, sources of moisture and other intense flavours can last for many years in a tightly-lidded container.

Not really. But ground charnushka will lose its potency and flavour over time if stored for an extended period of time. You should try to use it all up within a year.

Suppose you’re unable to get charnushka in any of its disguises. In that case, you can try using a substitute ingredient that will provide a similar flavour, feel, and texture, such as:

Where to Buy Charnushka

Unfortunately, if were to pop into your local supermarket and ask where they stock their charnushka then you’ll be met with blank faces baffled by your query. Instead, you’ll need to look a little further afield:

If you’ve got other specific questions about charnushka and how to use it, then these might help:

Is Charnushka the Same as Black Cumin?

Although they are often used interchangeably and the people will often use both names, they are not actually the same.

Where Does Charnushka Come From?

Charnushka may be popular in Indian cuisine but it is actually grown across the globe including in Bulgaria, Romania, Cyprus, Turkey and Iran.

Got more questions about charnushka? Then ask away in the comments section at the bottom of this page and we’ll help out as much as possible!