Is Black Cumin the Same as Normal Cumin? Does It Taste the Same? 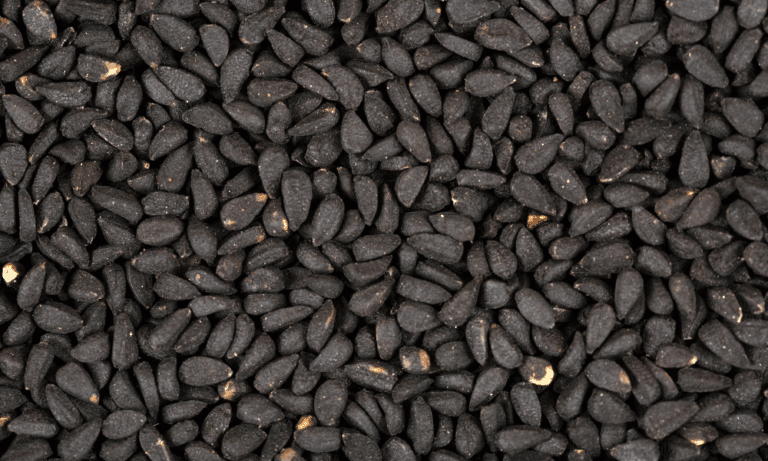 Black cumin, which is also known as nigella sativa, is a flowering plant indigenous to southern Europe and Asia. It may also be called: Black seed, black caraway, Roman coriander, Kalonji or fennel flower.

The plant is primarily found in dry and arid regions with warm summers and mild winters.

The plant thrives in both wet and dry climates as long as there is ample sunlight.

Black cumin is used as a herbal remedy for a variety of ailments and is widely used in the cuisines where it predominantly grows.

The plant is known for its antimicrobial, antispasmodic, hypotensive, sedative, anxiolytic, diuretic, laxative, and expectorant properties. However, the medicinal use of black cumin is still shrouded in mystery.

In cuisine, you will find the black cumin seeds used in abundance in Indian dishes as a garnish as well as an additional pungent flavour.

A person’s perception of these flavours can differ significantly depending on their taste buds and individual taste preferences. Still, most people will say they also experience a hint of nuttiness with black cumin, especially if the seeds are toasted.

The best pairings for black cumin dishes are inherently savoury dishes. They bring out the natural flavours found in this spice and complement it well!

How to Use Black Cumin

In addition to it being a potent antioxidant, black cumin is delicious and can add some extra flavour. Black cumin seeds are most commonly used in Indian cuisine.

Still, they have the potential for use in many other dishes too!

It can be ground into powder or left whole to add additional flavour when preparing salads and sandwiches for an extra layer of flavour.

Add black cumin to your favourite casserole or stew for a unique flavour.

Black cumin adds more depth and lends an earthy taste, unlike any other spice you have tried before, and works well in dishes with root vegetables, such as a casserole or stew.

Black cumin is a plentiful spice that has been considered an essential ingredient in Indian and Middle Eastern cuisine. It’s often found on the table as a condiment for chaat, dahls, and curries, among other dishes.

When used whole, black cumin releases a warm and spicy fragrance that is reminiscent of cumin. This spice can be added whole to any baked bread, such as naan bread to bread roll topping, for an additional depth of flavour.

Black cumin works well when combined with other spices such as garam masala, cloves, black pepper, ginger, and garlic.

A homemade meat spice rub would welcome the addition of black cumin.

How to Store Black Cumin

Black cumin seeds are very flavourful and can lose up to 50% of their flavour within just a few months when stored improperly.

Black cumin can also be:

Black cumin, like most spices, will not expire for years. It will be fine to use as long as it is kept in airtight jars away from sunlight. You may find that the flavour degrades with time, however.

Black cumin is not that easy to find, so when you are trying to find substitutes for it, you will inevitably run into some trouble.

That’s where we come in. We’ll help you get your hands on alternatives that are just as effective as the real deal. Give these a try:

Where to Buy Black Cumin

Unlike normal cumin, black cumin can be a lot more challenging to find. So try these options:

If you’ve got other specific questions about black cumin and how to use them, then these might help:

Is Black Seed and Black Cumin the Same Thing?

Yes, black seed is another name for black cumin and these two ingredients are the exact same thing.

Where Does Black Cumin Seed Come From?

Black cumin is actually found across the world including in southwestern Asia and parts of the Mediterranean and Africa.

Got more questions about black cumin? Then ask away in the comments section at the bottom of this page and we’ll help out as much as possible!