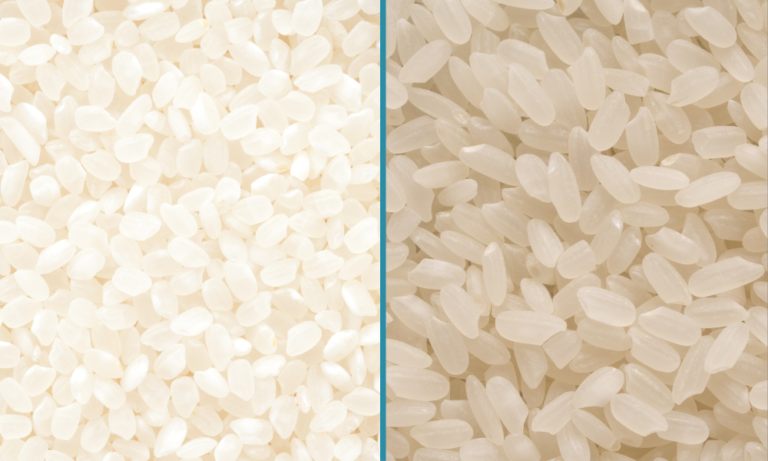 The weekly food shop is not the easiest of chores to complete. We have all had to brave the supermarket on a busy weekend, become overwhelmed with the chaotic hustle and bustle and accidentally picked up an ingredient that most of us have never heard of before.

That is why it pays to know the difference between basic ingredients such as rice if you are stuck with something you have never used before. Let’s break down two unique types of rice – sushi rice and calrose rice.

What is Sushi Rice?

Sushi rice seems to be one of the most confusing rice varieties for those not entirely familiar with Japanese and East Asian cuisine, but it really is not that complicated.

In truth, sushi rice is a preparation method.

The rice is cooked as typical, depending on the type you are using. Short-grain white rice tends to be the preferred rice for making sushi as it has a higher amount of starch, so it is more likely to develop a stickiness.

Instead of adding just water to cook the rice, a mixture of rice vinegar, sugar, and salt is added in a 2:1:1 ratio. This is what gives sushi rice its sweeter taste compared to the typical bland taste of white rice.

Can You Make Sushi Rice With Brown Rice?

You can use any type of rice you like to make sushi rice. Just remember that brown rice not only requires longer to cook but also has a naturally nuttier taste than white rice so will alter the flavour of your sushi.

What is Calrose Rice?

It is not often that a rice will appear on western shelves unless it has been grown and harvested in Asia. Calrose rice was introduced to the rice market in 1948 and is grown in California instead of Asia, hence its name.

The rice grains are typically sold as white rice and grow to become a medium-sized grain. Yet despite its length, calrose rise is surprisingly soft when cooked. Its starch levels are high as it is white rice, so it develops enough natural stickiness to work for many sushi or stir-fry dishes.

As for taste, calrose is a very neutral rice. It can pair well with a range of dishes if you want to bulk out your dish. However, it is very good at picking up and retaining flavours, so is easy to make it the main feature in your dish.

How Long Does Calrose Rice Take to Cook?

Calrose only takes around 15-20 minutes to cook fully. Though cooking times will vary depending on how you cook the rice, as is the case with most rice varieties.

Depending on where you are in the world, you may have more access to sushi rice than calrose rice, but are they really that similar? Here are the key ways in which sushi rice and calrose rice are similar:

Of course, there wouldn’t be a need to write this article if sushi rice and calrose rice were precisely the same. Here are some differences that clearly distinguish the two kinds of rice from each other:

If you had to pick between sushi and calrose rice, which is it that you would pick? Cast your vote in our sushi rice vs calrose rice poll below:

Do You Prefer Sushi Rice or Calrose Rice?

Do you have more questions about what makes sushi and calrose rice different and similar? Then have a look at these FAQs:

Can You Substitute Sushi Rice for Calrose Rice?

You could, in theory, use calrose rice to make sushi rice as sushi rice is not a variety of rice but a preparation method.

Onigiri vs Musubi: What’s the Difference?