Ponzu and Shoyu are Popular Asian Condiments But What Sets Them Apart? 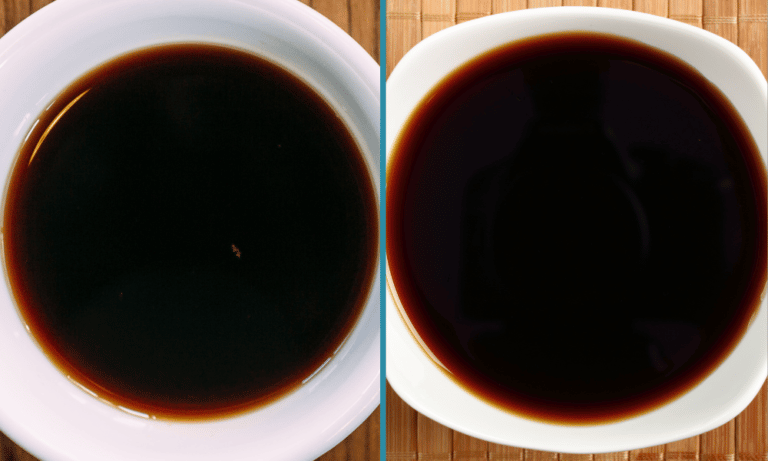 Some Asian ingredients have taken over Western cooking and are now thoroughly integrated into everyone’s kitchen. Soy sauce, teriyaki and fish sauce are just a few of the ingredients you may have stocked in your pantry.

Though they are not as well known in the UK and America, ponzu and shoyu are staples in many Japanese households, just as cheddar or ketchup are in the UK. If you are not familiar with ponzu or shoyu then you may confuse one ingredient for the other, but they are not entirely the same.

What separates ponzu from shoyu are the different emphasises on flavours. Ponzu’s most dominant and instantly identifiable flavour is a tangy, citrus sweetness. Shoyu, while still sweet, has a more significant umami focus.

Those who already know about ponzu may be surprised by its Dutch origins. Ponzu is believed to be a derivative of the Dutch word for punch (the fruity drink). Though ponzu is almost exclusively used in Japan nowadays, its name still tells you everything you need to know about the sauce.

Ponzu uses citrus juice as its base, creating a very tangy and citrusy condiment. Yuzu (a popular Japanese citrus fruit) or yuzu juice is the most common citrus used when making ponzu.

Some commercial ponzus use lemon, lime, or orange juice instead to get that tangy effect.

Mirin and rice vinegar are used, which complements the natural sweetness of the citrus juice, bringing forth that dominant flavour. Umami is also added to ponzu in the form of soy sauce, dried shredded tuna, and sea kelp.

These extra ingredients give ponzu a burst of umami and slightly underhanded saltiness. But instead of overpowering the tangy sweetness of the citrus and mirin, the salty umami helps to balance and enhance the flavours.

How Do You Use Ponzu?

There are no limits to how you can use ponzu. It can be used to flavour sauces or be drizzled on top of salads for that perfect zing. Just don’t add the sauce too early in the cooking process or it will start to lose its impact.

Some people think that shoyu is a typical soy sauce, but that is not entirely accurate. Shoyu is an umbrella term used to describe the Japanese version of soy sauce.

You may already have used shoyu without realizing it.

It is the go-to condiment used across Japanese cuisine and can often be found on the table at a Japanese or sushi restaurant. Unless you are paying close attention, you may mistake the shoyu for regular soy sauce as it is a very similar colour and consistency.

Shoyu is made using fermented soybeans. The beans are encouraged to ferment with the use of koji, which is a specific fungus used by Japanese soy sauce manufacturers to pull as much umami out of the soybeans as possible.

Salt is also added to the mix, though not as much as other soy sauce varieties. Instead of being an overwhelming flavour, the salt is a balancing flavour for the umami.

This makes shoyu easier to use in soups, marinades, and sauces than other soy sauces, as you will not have to worry about using too much and making your dish too salty.

Shoyu has a unique sweetness that comes from the use of wheat. The wheat and soybeans are used equally, then as the soybeans ferment and the wheat breaks down, a natural sweetness mixes with the umami.

The final result is a savoury/ sweet sauce with a salty kick.

Shoyu Comes In Many Varieties

There are around 5 types of shoyu, ranging from light shoyu to twice-brewed shoyu, though dark shoyu (koikuchi shoyu) is the most common.

How Do You Use Shoyu?

Similarities Between Ponzu and Shoyu

Unless you are a connoisseur of Asian sauces, there is a good chance that you will likely mix ponzu and shoyu up as they have ample similarities:

Differences Between Ponzu and Shoyu

There are some key differences between ponzu and shoyu that will affect your dish if used incorrectly:

Ponzu vs Shoyu: Which Wins?

Do you know which you would vote for in a battle between ponzu vs shoyu? Then put your mark against your favourite below:

Do You Prefer Ponzu or Shoyu?

Do you have other questions about ponzu and shoyu? Then these FAQs might be interesting:

Is Shoyu the Same as Soy Sauce?

Can You Make Ponzu Sauce With Soy Sauce?

You can make a cheat’s ponzu sauce by adding citrus juice to soy sauce with a few drops of mirin.

Ceviche vs Sushi: What’s the Difference?

How to Reheat General Tso Chicken