Do You Know the Difference Between Plum and Hoisin? Find Out! 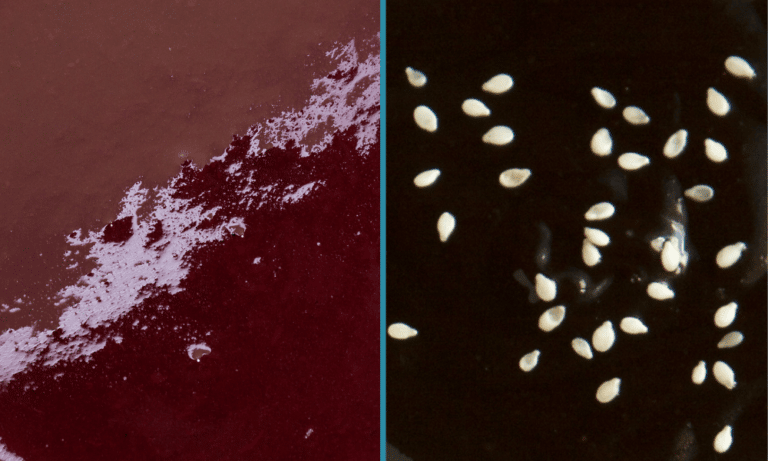 Few places have gifted us with as many varieties of sauces as East Asia. Every sauce is full of flavour and often has specialised pairings that distinguish each sauce from the next. With so many delicious sauces, it can be hard to wrap your head around the unique characteristics that they carry into your dish.

Some East Asian sauces are well known, such as hoisin sauce, while those who have not grown up around Asian cuisine tend to steer away from the less famous sauces, such as plum sauce. But are the two sauces that different from one another?

Plum sauce and hoisin sauce are both two thick, sweet sauces from China. However, while the sweetness of the plum sauce is accompanied by a natural tartness, hoisin sauce is more savoury.

What is Plum Sauce?

The star ingredient of plum sauce is pretty evident from its name alone – plums! Evidence suggests that China was the first country to cultivate the native stone fruit, eventually leading to the development of plum sauce.

In some parts of the world, plum sauce is better known as duck sauce, as it is most commonly paired with duck.

However, it has versatility beyond duck dishes. It is a thick, smooth sauce which makes it the perfect consistency for a meat or seafood glaze. Likewise, it is also ideal as a dipping sauce, working great with simple side dishes such as egg rolls.

Plum sauce makes full use of the natural sweetness of plums and extracts the contrasting tartness also found in plums to create a deep, complex flavour palate. Ginger and chilli peppers help to give the sauce a bit of a spicy kick, while vinegar and sugar are used to elevate the natural flavours.

Can Plum Sauce Be Made With Other Fruit?

You can make your own plum sauce at home by using any variety of fresh plums. But it is also common in Chinese cuisine for plum sauce to be made with the closely related apricot when plums are not in season.

What is Hoisin Sauce?

A quick search online for hoisin sauce may leave those new to Chinese cooking confused, as hoisin means seafood in Chinese.

However, hoisin sauce does not include any seafood and is mainly paired with meat dishes rather than seafood dishes. Popular uses include a glaze for chicken or pulled pork and a dipping condiment for dumplings and wontons.

Like most traditional Chinese sauces, hoisin sauce has had many interpretations through the years with each family having their own secret recipe. So long as the final result is a distinctly salty and noticeably tangy thick sauce, the ingredients added to make hoisin sauce can vary.

Such a flavour profile is why hoisin sauce is often compared to barbecue sauce. Typically, the saltiness comes from fermented soybean paste or soy sauce and the tanginess comes from adding garlic, sugar, a Chinese 5 spice mix, and possibly fennel.

Traditional hoisin sauce is not spicy despite the inclusion of Chinese 5 spice. However, many modern recipes include red chilli to add a heated kick to the sauce.

Many western interpretations of Chinese recipes try to use plum sauce and hoisin sauce interchangeably. But do they have enough similarities to work in such a way? Here are a few key similarities between the two:

However, anyone with any real knowledge of Chinese foods and different Chinese recipes will know that plum sauce and hoisin sauce have some very noticeably differences that are hard to ignore. Such as:

If you had to pick, which would you vote for? Click below to vote in our plum sauce vs hoisin sauce poll and to discover which comes out on top:

Do You Prefer Hoisin Sauce or Plum Sauce?

Do you find yourself with more questions about these two popular Chinese sauces? Then have a look at these FAQs:

Can You Substitute Hoisin for Plum Sauce?

Although you can use these sauces in the same way, they have a drastically different flavours. If you substitute one, you will change the flavour quite clearly.

What to Serve with Bao Buns

How to Reheat Noodles