Limeade vs Lemonade: What’s the Difference?

We Reveal the Similarities and Differences Between Limeade and Lemonade 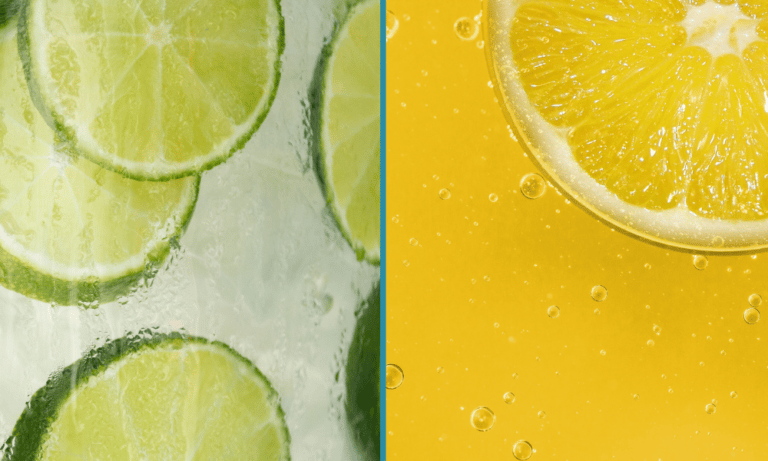 As a child, it is always a treat to feel the fizzy bubbles of a sugary drink on a hot summer day. For most people, lemonade will be their go-to citrus fizzy drink. But is the less popular limeade that much different from lemonade?

As their names would suggest, the main difference between limeade and lemonade is their base ingredients – lime and lemon, respectively. These different citrus fruits affect the taste of the drink a noticeable amount.

Limeade has only recently become popular in the UK and the US, with major sugary drink companies like Sprite developing their own iterations. But limeade is not a new concept.

It has been prevalent in India, Pakistan, and Persia for centuries. However, each country has their own traditional name for limeade, such as limbu pani.

Limeade is a very simple drink from sweetened lime juice and water to dilute the juice’s tartness and sourness. Essentially, you will find a take – fizzy or otherwise – of limeade anywhere that limes naturally grow.

What Pairs Well With Limeade?

Limeade can be drunk as its own sweet beverage, which is delicious in its own right – however, the tart taste of lime pairs very well with fresh flavours such as mint. The tartness is also strong enough to make for a great cocktail when paired with plain vodka.

Some historical findings suggest that lemonade has been around since the 13th century, finding traces of a sweet lemon drink in Egypt. However, it was better known as qatarmizat.

The sweetly sour lemonade known today was sold in France in 1676. Then a carbonated version found on most supermarket shelves and in various fast food chains was made in the UK in 1833.

Since then, there have been a variety of takes on lemonade, but the tart, sour and citrus taste of lemonade has remained. Now lemonade is enjoyed all year round, and it is the go-to drink for many.

Is Cloudy Lemonade the Same as Regular Lemonade?

Traditionally made or homemade lemonade tends to be a little cloudy anyway because of excess pulp when the juice is squeezed. But cloudy lemonade is made using both the juice and the zest of lemons, giving it a zesty tartness alongside the sour juice.

Differences Between Limeade and Lemonade

Similarities Between Limeade and Lemonade

Some people find it hard to distinguish between lemonade and limeade, and for good reason. There are plenty of characteristics that the two drink share, such as:

Limeade vs Lemonade: Which Wins?

So, you’ve got a glass of limeade and a glass of lemonade in front of you, but which do you pick? It’s limeade vs lemonade, but who comes out on top?

Do You Prefer Limeade or Lemonade?

Do you still have a question or two about the limeade and lemonade? Then see if these help you out:

Is Limeade Fizzy or Still?

Limeade, like lemonade, can be both still and sparkling. It all depends on the type of water used to make the limeade.

Can You Use Limeade In Place of Lemonade?

In mixed drinks, limeade can be used in place of lemonade but it can be a lot more sour and tart so you may need to balance this out with some additional sugar.

What is Fennel Pollen?

How to Freeze Pico De Gallo

How to Microwave Baby Corn