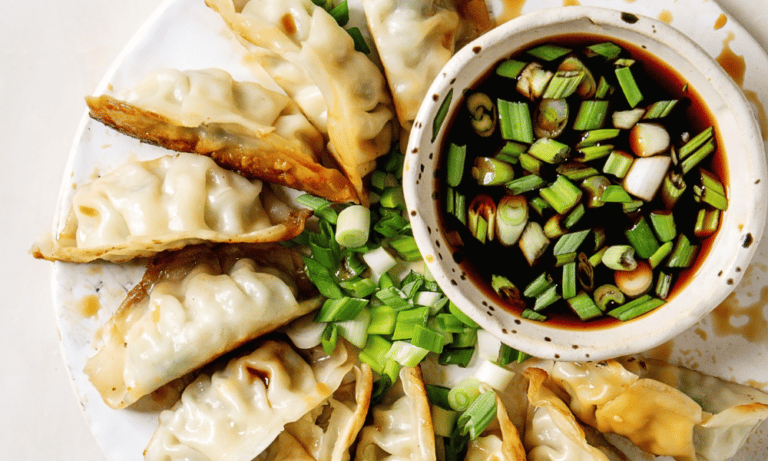 If you asked an Asian chef if you could cook dumplings in the microwave, they would most likely laugh at you. It is certainly not the traditional or typical way to cook dumplings, but that doesn’t mean that it is impossible to microwave dumplings.

To microwave dumplings, arrange them onto a microwave-safe plate before covering them with a damp paper towel. Microwave for around 4 minutes until they are hot through and enjoy!

Traditionally, dumplings can be either made in a frying pan or steamed. When using a microwave, you should only try to replace the steaming method, as trying to create crispy dumplings will either burn them or make them mushy.

Here is the best method for microwaving dumplings:

How to Microwave Dumplings Successfully

Following the 5 steps above is sure to provide you with some delicious dumplings, but here are 3 quick tips that can make them taste even better:

Why You Should Microwave Dumplings

Microwaving dumplings can work surprisingly well if you follow the method and tips listed above. Still unsure? Here are just a few of the reasons why you should microwave dumplings:

A Quick Alternative to a Steamer

Steamers are not as readily available in most kitchens as microwaves unless you often make dumplings (in which case, simply use the steamer). You can recreate the steaming method in a microwave with little effort.

Will Be Full of Flavours

Because you will be cooking the dumpling in an overturned bowl, all of the steam and juices that the dumplings create will remain in the dumplings, allowing them to retain the majority of their natural flavour.

You won’t have to worry about having a dull, bland meal!

Why You Shouldn’t Microwave Dumplings

There is a reason that dumplings are not traditionally microwaved. There are a couple of reasons, and you should keep them in mind when you are deciding if you should invest in a steamer or continue to microwave your dumplings:

For some, this will not be an issue, but if you prefer eating crispy dumplings over steamed dumplings, then perhaps avoid using the microwave altogether.

May Not Cook All Filings Properly

As stated above, Asian dumplings can be made using a range of fillings, some of which will react better to the microwave’s heat than others.

Until you have experimented a little with your microwave, it will be hard to tell which fillings will successfully microwave. But, as a general rule, meat fillings will take longer to cook and may dry out, while vegetable fillings may become mushy.

They Will Lack Any Colour

Part of the appeal of dumplings is how golden and mouth-watering they look.

Comparatively, microwaved dumplings will appear limp and lifeless. If you are eating the dumplings yourself, this may not be much of an issue. But when serving other people, the lack of colour can be a little off-putting.

Do you still have questions about microwaving dumplings? Then these FAQs might be useful:

Can You Microwave Potstickers?

Yes, potstickers can be microwaved to cook them through, but they won’t truly be potstickers. Potstickers get their name from sticking to a pot to crisp up one side of the dumpling. You won’t achieve this in the microwave.

Can You Microwave Gyozas?

Although you can microwave gyozas, it’s not the best idea. It can ruin the texture of the gyozas. Instead, stick to steaming or pan frying them – depending on the type of gyoza.

What to Serve with Bao Buns