Salt is Salt, Right? Perhaps Not in the Case of Fleur De Sel and Maldon 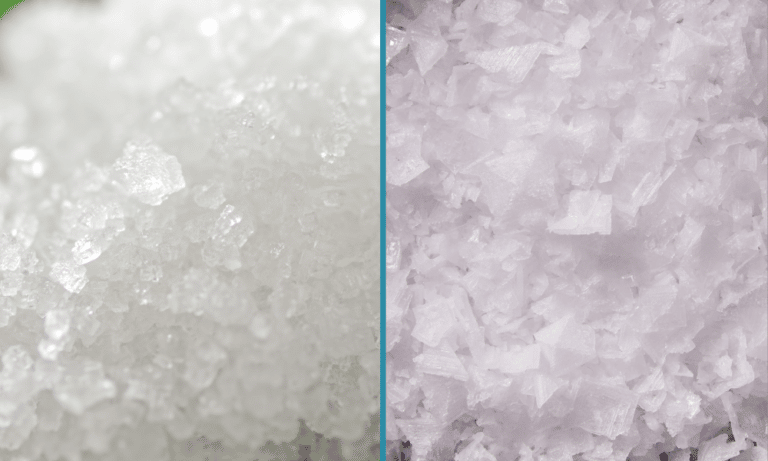 For most people, table salt or sea salt are the go-to choices for seasoning. But did you know there is a whole variety of high-end salts that can add unique flavours to your dish?

Ask any professional chef about high-end salts, and the firsts that come to mind are likely to be fleur de sel and Maldon. But how different can these two luxury salts be? Isn’t salt just… well, salt?

The main factor that separates fleur de sel and Maldon is their rarity. Maldon salt is only harvested from the Blackwater estuary in Maldon, but the estuary has been a constant provider of the salt for centuries. Fleur de sel can only grow under specific conditions, making it much rarer and harder to harvest.

What is Fleur De Sel?

Fleur de sel is a rare French salt with a name that means ‘flower of salt’. The salt is harvested differently, being collected from the top of sea water pools that have formed along France’s coast. As the salt rises to the pool’s surface, it crystalizes in a flower-like pattern, hence its name.

It takes very specific weather and environmental conditions for fleur de sel to form, which only adds to its rarity. The salt also needs to be harvested by hand so that it doesn’t break apart or dissolve, leading to a heftier price tag.

Due to being harvested directly from seawater pools, fleur de sel salt is obviously very salty, but not more so than other salts. It is similar to that of a brine rather than a typical salty flavour.

The fleur de sel’s flavour sticks to your taste buds long after your first bite as it has a significantly high amount of moisture in each flake. This makes the flakes stick together, ensuring its flavour last longer in your mouth.

When Should You Use Fleur De Sel?

Such a high moisture content means that fleur de sel may dissolve into and overwhelm your dish before you can serve it. That is why the salt should be sprinkled on top of your dish just before it is served.

Maldon salt has been used in British and European cuisine for so long that it even has a mention in the Domesday Book, written in 1086. The salt is specifically harvested from the Blackwater estuary located in Maldon, Essex, hence the salt’s name.

Maldon is harvested now similarly to how it was for centuries. Water from Blackwater estuary, which is a natural source of salt water, is evaporated until only the salt remains.

Some argue that Maldon salt has a slight sweetness to it.

Such a savoury-sweet balance means that Maldon salt is the perfect finishing salt to use in salted caramel or on top of buttery dishes. Though the flavour is short-lived, the lightness makes it a must-have seasoning.

Where Can You Buy Maldon Sea Salt?

Despite fleur de sel and Maldon falling into the high-end salt market, there are some critical differences beyond their price tag that sets them apart from each other:

It can be hard to see how different fleur de sel and Maldon are when they are both salts. Here are a few more similarities between the two seasonings:

It might not be a choice you thought you’d ever have to make, but let’s pit these two posh salts against one another: It’s fleur de sel vs Maldon (or France vs Britain):

Do You Prefer Fleur De Sel or Maldon?

Do you still have questions about fleur de sel and Maldon salt? Then check these FAQs out:

Can You Use Fleur De Sel Instead of Maldon Salt?

Yes, generally, no one can tell which salt variety you have used, especially in your cooking. When used to finish dishes then there can be some textural changes but it won’t have a huge impact on your finished dish.

Is Fleur De Sel the Most Expensive Salt?

Fleur de sel might be pricey but it is not the most expensive salt in the world. Korean bamboo salt, Bora Bora salt and Icelandic salt are all more expensive.

How to Freeze Macarons

How to Reheat Gammon