Does Rhubarb Need to Be Peeled?

Have You Bought Rhubarb But Left Unsure Whether it Needs Peeling? 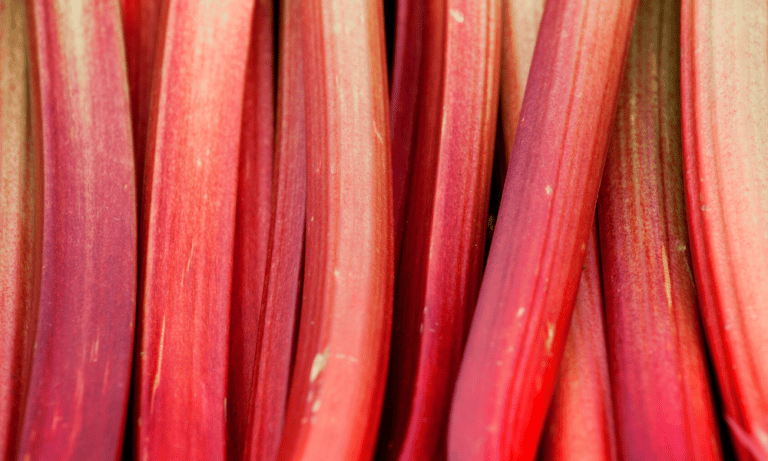 If you’ve never prepared rhubarb before then it can be quite a mystery ingredient. Is it a fruit? Is it a vegetable? And how do you get it ready to be eaten? The big question, of course, is does rhubarb need to be peeled or not?

No, rhubarb does not need to be peeled. It is perfectly safe to eat rhubarb without peeling it. The only exception is rhubarb that has either been allowed to grow too thick or rhubarb towards the end of the season – it can have tougher, more fibrous outer layers.

How to Peel Rhubarb

Although peeling rhubarb isn’t essential for eating it, whether that’s cooked into a crumble or dunked into sugar and eaten raw, there are a few cases where you may want or need to take a thin layer off the rhubarb.

So, how do you peel rhubarb without ruining it?

Before you get started, all you need to peel a rhubarb stalk is a sharp knife. No! You don’t need a vegetable or Y peeler. This is because the rhubarb will do most of the work for you.

Take your sharp knife and cut a knick into the top of the skin. Then, using your thumb pushed against the flat side of the knife and pull the skin away from the rhubarb. It should peel right off without much effort at all.

Keep repeating around the edge of the rhubarb stalk until it has all been peeled then continue to do so for as many rhubarb stalks that you want to peel.

How to Peel Rhubarb Successfully

If you’ve decided to peel rhubarb then here are a few tips you’ll want to follow before doing so:

Why You Should Peel Rhubarb?

So, is there any reason to peel rhubarb? Are there benefits in doing so? Maybe…

If the rhubarb you have got has been left to grow a little too thick or if it is towards the end of the growing season then there is a chance that the rhubarb has become a little fibrous. This will result in stringy pieces of rhubarb.

You can combat some of this stringiness by peeling the outer layer of rhubarb. You only want to talk off the thinnest layer you can.

But that is the only reason we can think of for peeling rhubarb.

Why You Shouldn’t Peel Rhubarb?

You probably know already that there are a number of reasons why you ought to avoid peeling rhubarb:

Peeling anything takes time. If you’ve got 10 stalks of rhubarb to prepare and peel, before you know it, 15 minutes have gone by and you could be sitting down and eating the rhubarb by now… If it weren’t for peeling it!

Peeling rhubarb is a complete waste of time!

As you have probably guessed by now through reading this article, there are very few (if any) benefits to peeling rhubarb. Sometimes, vegetables can have a tough outer layer which makes eating them unpleasant. This is simply not the case with rhubarb.

Do you still have questions about rhubarb and whether or not you ought to peel it? Then these might help you out:

Do You Have to Peel Rhubarb for Pies?

No, there is no need to peel rhubarb if you’re cooking it to make pies or crumbles. When you stew the rhubarb, the outer layer will soft with the rest of the rhubarb. 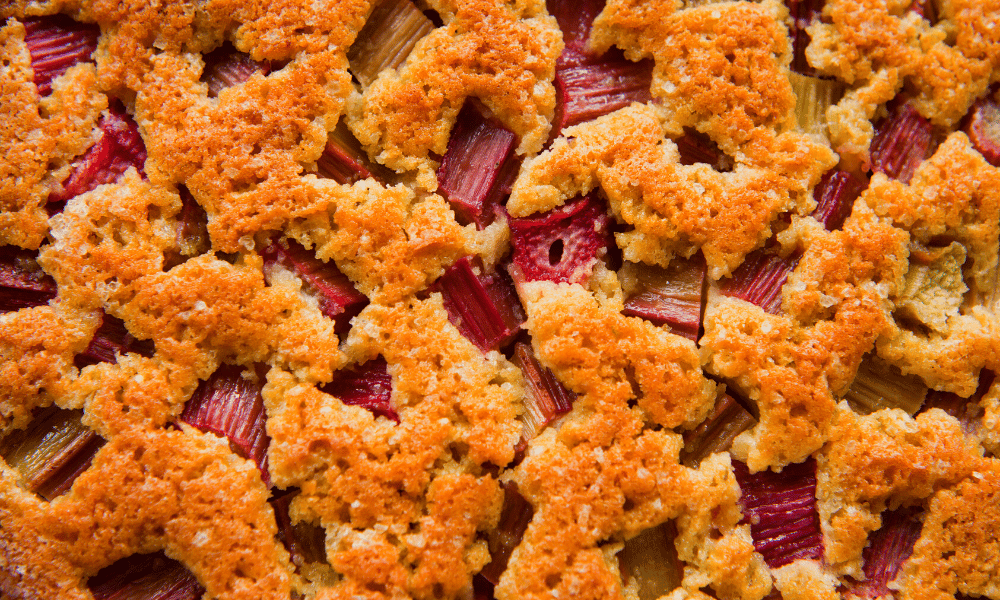 Do You Need to Peel Rhubarb to Eat It Raw?

No, rhubarb can be eaten raw almost from the moment you pick it. The only thing you really need to do is remove the leaves (which are poisonous) and trim the ends which can be a little woody. It’s then ready to be eaten.

Do You Need to Peel Rhubarb to Freeze It?

No, there is no need to peel rhubarb before you place it in the freezer. In fact, when freezing rhubarb you want to keep as much of the outer layer intact as possible as it will protect the rhubarb from oxidation.

How to Microwave Beetroot

How to Microwave Baby Corn