Ceviche vs Sushi: What’s the Difference?

We Explain the Similarities and Differences Between Ceviche and Sushi 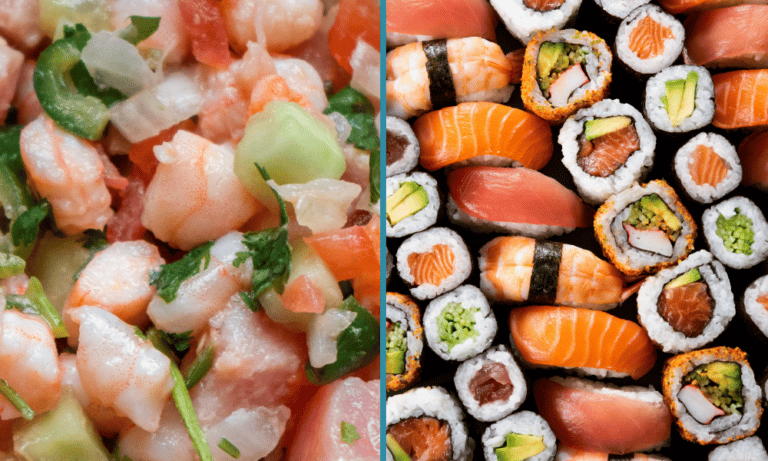 The main differences between ceviche and sushi are that ceviche is from Peru, whereas sushi is from Japan. Ceviche is also a seafood dish, but sushi doesn’t have to contain fish to be called sushi.

Ceviche is a seafood dish from Peru that involves mixing diced cubes of raw fish in Tiger’s Milk, a marinade of citrus juice, fish stock and chillies. The acid reacts with the protein in the fish to cure it, firming it up and essentially ‘cooking’ it.

Once the fish is cured in the Tiger’s Milk, it is usually served with raw vegetables and herbs, including sliced onions, fresh coriander and diced peppers.

Generally, ceviche is served as brunch, lunch or an early afternoon snack. Traditional cevicherias will close from around 4pm, no longer serving ceviche as the fish from the morning catch will have lost its freshness which is a vital requirement for good-quality ceviche.

What is Tiger’s Milk?

Tiger’s Milk, or Leche de Tigre, is a core ingredient in ceviche. It is a combination of citrus juice, chillies, herbs and fish stock that diced fish is ‘cooked’.

Sushi is a dish of Japanese origins. The sushi we know today is thought to have been invented in the early-1800s by Hanaya Yohei.

Although many people mistake sushi for sashimi and assume that sushi is simply raw fish, this is not the case. Sushi doesn’t even have to include fish, let alone raw fish.

Sushi is seasoned rice combined with other ingredients in some form to create a bite-sized morsel. The forms that sushi comes in include maki, nigiri and uramaki.

Although sashimi is often lumped in with sushi, and many places will list sashimi as a type of sushi, this isn’t the case.

Sushi needs to contain some form of rice. Sashimi, which is thinly sliced raw fish, is often the sushi people revert to when they say they don’t like it.

Differences Between Ceviche and Sushi

As the dishes are completely different, the list of differences is extensive. Here are just some of the ways they differ:

Similarities Between Ceviche and Sushi

There are a few things that make these dishes similar, however. The following two things are why ceviche and sushi could be described as similar:

Ceviche vs Sushi: Which Wins?

Both ceviche and sushi are hugely popular in their respective countries. But, which is better? Do you prefer your raw fish stripped back in sushi or with an added zing in ceviche?

Do You Prefer Ceviche or Sushi?

If you still have questions about ceviche, sushi and why they are comparable, then check out these FAQs:

Is Poke the Same as Ceviche?

Although both poke and ceviche contain raw fish, ceviche is usually made using acid from citrus fruit, whereas poke doesn’t cure the fish in acid. Poke tends to be a much simpler and cleaner flavour. 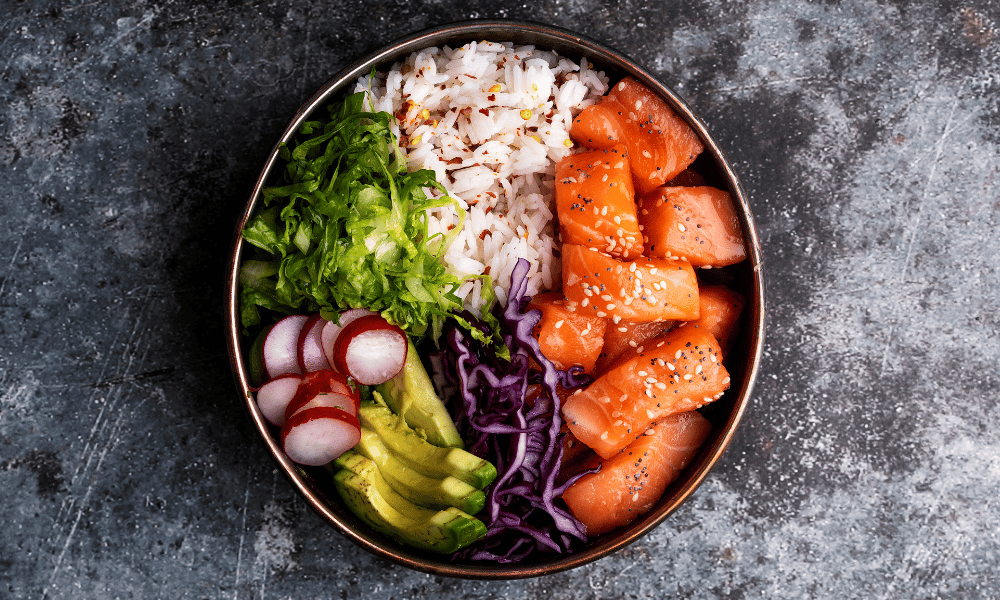 What’s the Difference Between Ceviche and Tartare?

Ceviche involves cooking the fish in acid to remove some rawness. Tartare, however, is completely raw. You’ll also find the fish pieces larger in a ceviche compared to a tartare.

How to Microwave Tomatoes