Do You Know Whether or Not Frankfurters are Pre-Cooked? 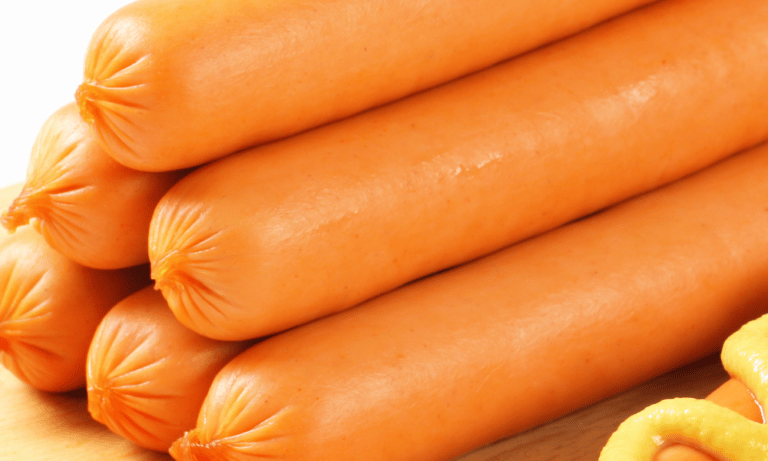 Whether it’s at a summer barbecue or a hotdog stand, chances are you’ve had a frankfurter or two in your lifetime. But have you ever stopped to wonder whether frankfurters are cooked when you buy them?

How are Frankfurters Made?

Frankfurters are made using a combination of pork, beef, or other meat, with various seasonings.

The meat is ground, mixed with spices and seasoning, and then put into casings, which are traditionally made from natural pork or beef casing but are now often made using synthetic casings. The mixture is then stuffed into the casings and formed into the shape of the frankfurter.

The next step in the process is one of the most important: Smoking.

Are Frankfurters Cooked During Smoking?

Yes, frankfurters are cooked during the smoking process. This process involves exposure to smoke, obviously but also heat, which cooks the frankfurters.

This is why frankfurters can be found at grocery stores, delis, and other food retailers without having to be refrigerated.

Can You Eat Frankfurters Out of the Packet?

Yes, you can eat frankfurters straight out of the packet if you don’t mind them cold. The frankfurters are already cooked during the smoking process, so they don’t need to be cooked again.

However, frankfurters will taste better if they are cooked on the grill or in a pot of boiling water. There’s something unnerving about eating something cold when you’re used to eating them hot.

How to Reheat Frankfurters

Frankfurters are usually reheated by either boiling, grilling, or baking them.

Boiling is the most common method and involves submerging the frankfurters in boiling water for approximately 10 minutes. This method is a great way to keep the frankfurters moist – for obvious reasons.

The drawback is that you won’t impart any extra smokiness to the sausage as you will with other reheating methods. Some people also find boiled frankfurters a little bland because some of the flavour leeches out into the water.

Grilling is another popular method. The frankfurters should be placed under the grill set to a medium-high heat and allowed to cook for about 5 minutes per side or until they’re lightly charred and heated through.

This is a great way to enhance the flavour but it’s also an easy way to burn and dry out the frankfurters, so keep a close eye on them.

Baking is a quick and easy method that also helps to keep the frankfurters moist and juicy.

How to Use Frankfurters

Frankfurters are incredibly versatile and can be used in a variety of recipes, from classic hotdogs to gourmet frankfurter casseroles.

Hotdogs are a classic and obvious way to enjoy frankfurters and can be topped with your favourite condiments such as ketchup, mustard, relish, and onions. They can also be stuffed into buns, pita breads, or tortillas.

Frankfurters can also be used in soups, stews, and casseroles. They can be added to mac and cheese, chilli, and even pasta dishes for a boost of flavour – even if this might not be particularly authentic.

You can even use frankfurters to top pizzas, salads, and nachos.

Do you have more questions about frankfurters and whether or not they are cooked when you buy them? Then check out these FAQs:

Can You Cook Frankfurters in a Microwave?

Yes, most frankfurters can be microwaved. Submerge the frankfurters in water in a microwave-safe dish then microwave for 2 minutes for 1 frankfurter. Add 25 seconds for every additional sausage you add.

Yes, tinned hot dogs have already been fully cooked which means you can enjoy them cold, straight from the tin.

What to Serve with Buffalo Chicken

How to Microwave Uncrustables